Argentina one step away from approving the greatest

December 11, 2020:  at dawn, by a margin of 131 to 117 votes, the Chamber of Deputies approved the draft of the abortion law in Argentina. This is the preliminary support of a project that could be approved by Senators, probably on December 28, precisely the day of the Holy Innocents. 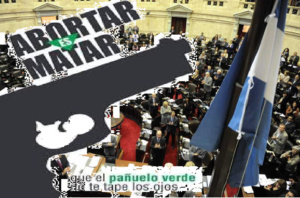 Many are the reflections and comments in this regard: